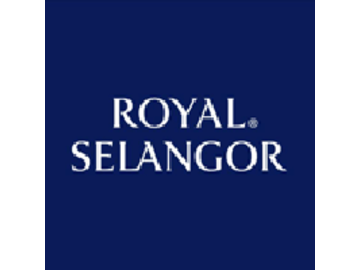 History
Founded in 1885 by Yong Koon (simplified Chinese: 杨坤; traditional Chinese: 楊坤; pinyin: yáng kūn), his little shop called Ngeok Foh (Jade Peace), handcrafted pewter objects mainly for ceremonial use - such as joss sticks holders, incense burners and candle holders for altars of Chinese homes and temples. The pewter objects sold by Yong Koon were polished with "stone leaf" (tetracera scandens), a wild tropical leaf of a fine, abrasive nature. With the arrival of British colonials, the offering expanded to include tankards, ashtrays and tea services. The brand was then known as Selangor Pewter.

In the 1970s, the company started exporting, first to Singapore and Hong Kong and then to Australia. Towards the 1980s, the market expanded into Europe and later into Japan.

In 1992, the company changed its name to Royal Selangor to reflect its royal endorsement from His Royal Highness The Sultan of Selangor that time, Almarhum Sultan Salahuddin Abdul Aziz Shah, and to reflect its diverse product range, which has extended beyond pewter.

Presently, the company offers over a thousand different tableware and gift items, from traditional tankards and tea sets, to photo frames, desk accessories, and wine accessories. Distributed worldwide from its base in Kuala Lumpur, the company has more than 40 shops worldwide. It exports to more than 20 countries, with its own retail outlets in London, Toronto, Melbourne, Tokyo, Hong Kong and Singapore. Royal Selangor is also found in stores such as Harrods and John Lewis in the United Kingdom and Wako and Mitsukoshi in Japan. Represented in 5 continents with eight offices worldwide, it is also well represented in all other parts of the world by its website, www.royalselangor.com which runs in nine different currencies.

The registration guide has been emailed to you

You will receive the registration guide mail in a few minutes.
Enter the register page from the URL in the email within 24 hours.